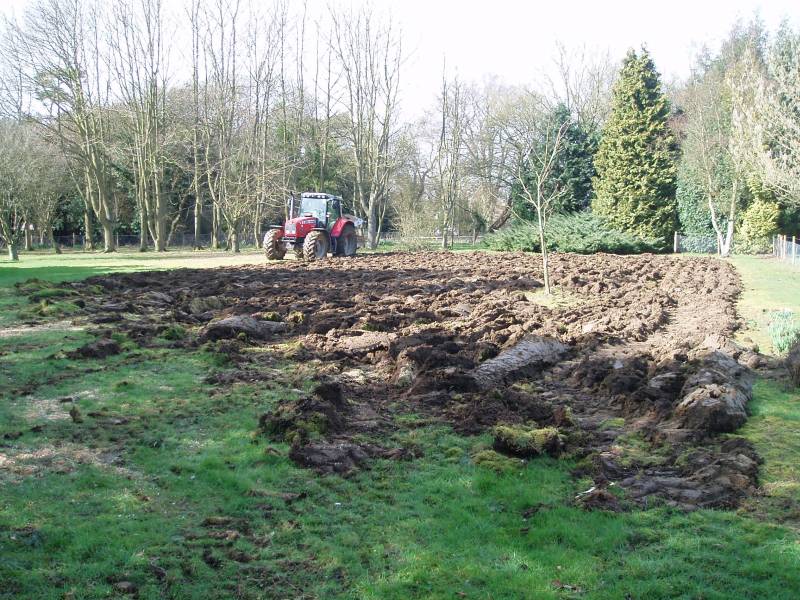 and also the areas destined for our Shrubbery and Herbaceous bed; I hired a mini-tractor with a rear-mounted PTO-driven rotavator, which made light work of breaking up the soil.

Total area is 675 sq.M – which includes the greenhouses and the areas used for Nursery beds and Cut flowers.

We made some raised beds by just digging out the paths and putting the soil on the beds, so nothing to retain the soil at this stage. 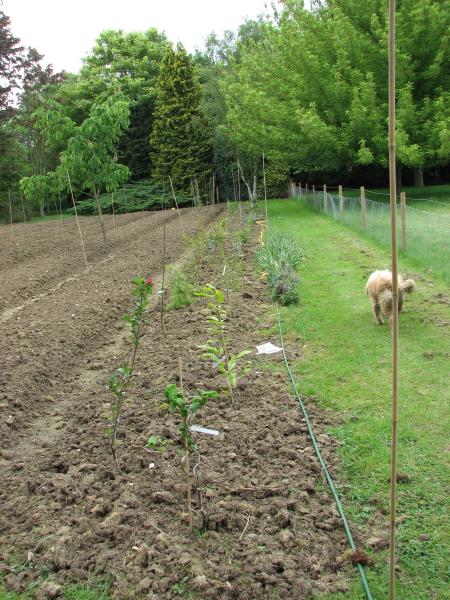 So far all we have are some shrubs I bought on eBay that needed somewhere to live, temporarily.

Well, we seem to have planted more shrubs, including several that were “re-deployed” from elsewhere. The greenhouse frames are in place, but not properly secured, let alone glazed! 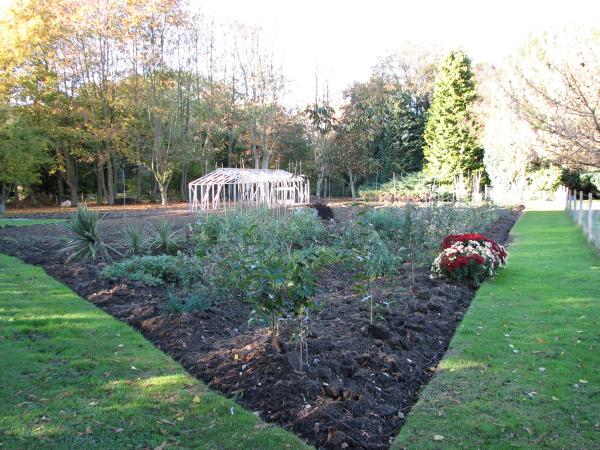 This end of the Veg patch still full of shrubs being “held”, although believe it or not I’ve moved 20 or so to the Shrubbery. On the right you can just about see the Raspberry canes. Cropping greenhouse is now glazed 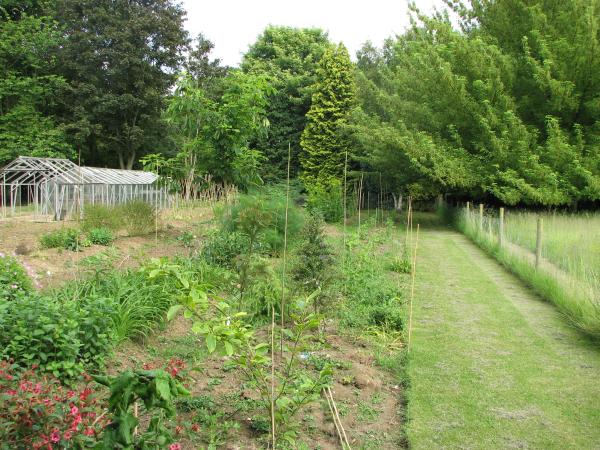 Below the greenhouse is an area for nursery beds and cut flowers. Got some of each here, the bamboo canes are for Sweet Peas

Decided that even though the whole garden is netted against Rabbits it would be prudent to separately wire the Vegetable Patch so that any critters that get into the garden still have a struggle to gain access to the juicy veg!

Raspberries coming up (right, far end), and sweet peas (far left) now producing lots of blooms for the house. We have started putting One Tonne builders bags around the garden for compost waste so that we don’t have to remember to take a barrow with us when the urge-to-weed strikes! 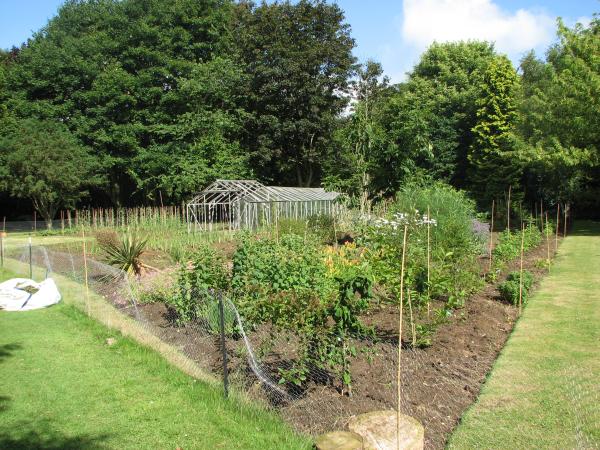 You can see the Cucumbers at this end of the greenhouse – now right up to the ridge, and growing along it, and the Gladioli – which were planted hopelessly late, and they aren’t exactly in the Cut Flower zone either! Next year god willing I’ll be more prepared, and organised, so will have everything in its right place. And my pigs will be all fed and ready to fly! 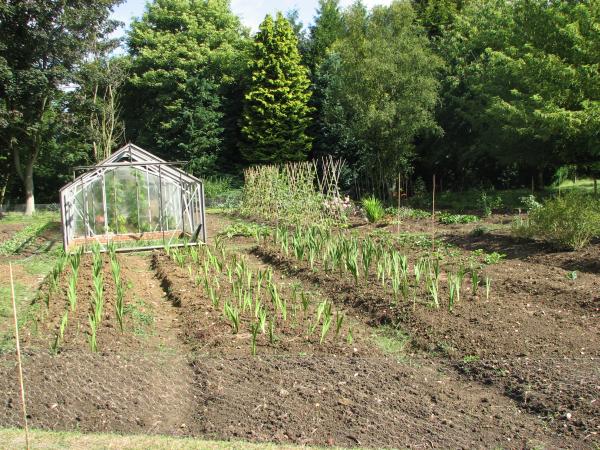 Next page (Creating a Cropping Plan and Crop Rotation), or next topic: Greenhouses

One Response to “Vegetable Patch”